RAJMN is the only Jewish-Russian program for young families in Minnesota, working to connect them to the larger Jewish community in Twin Cities and provide a deeper understanding of Judaism and Russian-Jewish roots and culture since 2003. We also serve as a bridge to other Jewish organizations, connecting Russian-American Jews to synagogues, Jewish schools, programs in Israel, Jewish summer camps and other programs as needed.

Have fun, celebrate together and honor our shared history and culture! Since its start, RAJMN has hosted over 250 programs, including annual Hanukah, Purim, Rosh Hashanah, Passover and Yom Ha’atzmaut celebrations, family education programs, social events (including a “Russian Mr. Minnesota” competition!), concerts and performances.

If you are a Jewish, Russian young adult or young family (born in the former Soviet Union or the United States), or know someone who is, e-mail Ilana Volodarsky or call 651-255-4742 for more information about this program.

In 2003, the St. Paul Jewish Federation developed a one-year pilot program to reach out to young Russian Jewish adults who immigrated to Minnesota from the former Soviet Union when they were children. Ilana Volodarsky, who herself came to St. Paul with her parents and younger brother from the former Soviet Union in 1989, was the founding executive director. Due to the enthusiastic response and high participation rate, the program continued to grow, helping immigrants forge connections to each other and their new community while also providing ways for them to explore and celebrate their religion and Russian heritage.​

In 2010, through the commitment of an anonymous donor and Federation funding, RAJMN moved its offices from the Federation to the St. Paul JCC.

In 2012, RAJMN was awarded a grant for a teen initiative program from Genesis Philanthropy Group (GPG), a foundation that develops and enhances Jewish identity among Russian-speaking Jews worldwide. In 2013, GPG extended this grant, allowing RAJMN to add additional services and programs for young families.

Today, RAJMN supported by St. Paul Jewish Federation and the The Jewish Education Project, with generous funding from the Genesis Philanthropy Group. 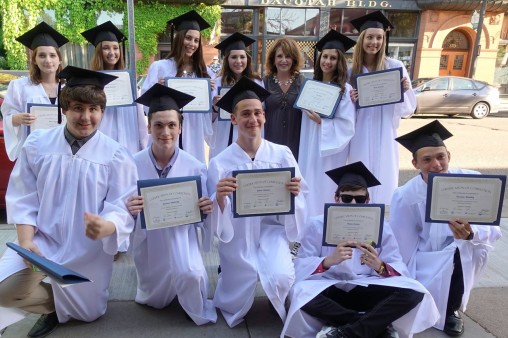 RAJMN is entering its fifth year with the Teen Fellowship Program. The RAJMN Teen Fellowship Program is a school-year long program for High School students which starts in September and runs for 10 months. Participants will explore and expand their understanding of who they are, who they want to be, and how they want to make a mark on the world. Monthly guest speakers will cover various Jewish topics (Israel, Holocaust, Antisemitism, Jewish History, art, music, etc). Participants will be challenged to define their strengths, challenges, and personal leadership goals. RAJMN will provide the tools, feedback, and mentoring they need to experiment, collaborate, and learn from their experiences. Teens will have leadership opportunities in fundraising, event planning, marketing, recruitment, and volunteering in the RAJMN community. Fellowship participants also have the option of attending Jewish conferences in the US and worldwide which RAJMN will provide stipends for.

Stories of the Journey's of our Community Members from the FSU

RAJMN will create a group for local RSJ community members to share their immigration and moving to the US stories. The stories will include photos of the members and their families, where they are from and why they decided to immigrate. People will share the stories of the parents and grandparents about WWII and Holocaust. The idea is to collect all these stories and pass them down to our kids and younger generation. The goal is to collect enough stories to publish them as a book.