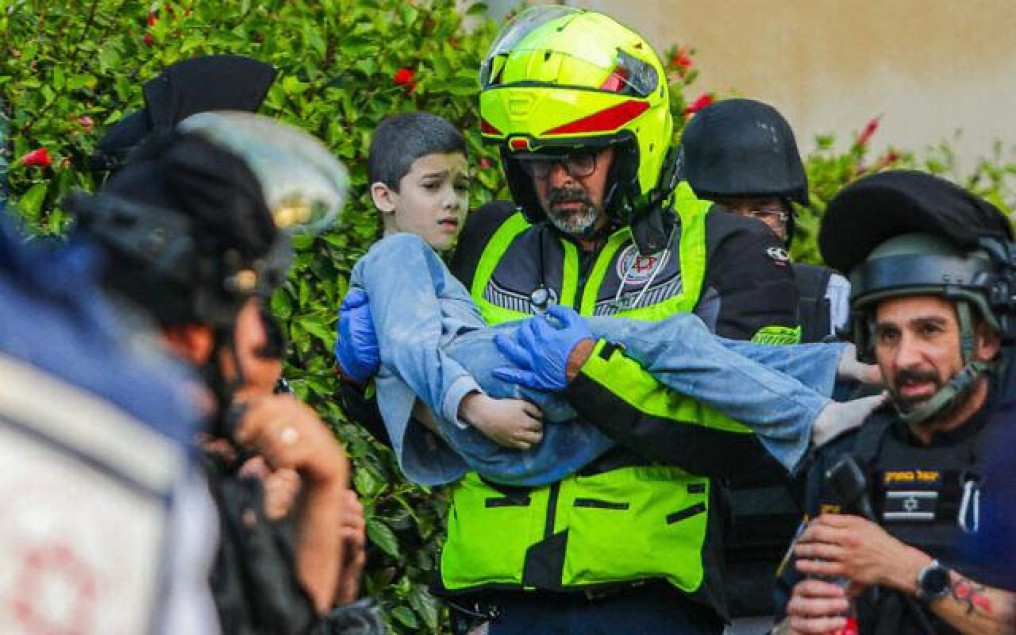 We stand in solidarity with the people of Israel who are under attack by Hamas, an Iranian-backed genocidal terrorist enemy.

The all-too-familiar escalation of violence in Israel and Gaza is deeply upsetting and we mourn the loss of Israeli and Palestinian civilians in recent days.

Hundreds of Hamas rockets from Gaza, aimed at Israeli cities and meant to terrorize civilians, are the cause of the current crisis.

To date, Hamas rockets killed three Israelis and injured dozens more, sending millions to take cover in bomb shelters. By purposefully launching these rockets from civilian population centers in Gaza, Hamas is responsible for both Israeli and Palestinian civilian deaths.

For many in our Jewish community, the trauma Hamas is inflicting on Israel is deeply personal. Hamas is targeting our parents and grandparents, siblings, aunts, uncles, cousins, and dear friends. The brave members of the IDF are our family, especially those Lone Soldiers from the Twin Cities. We hold all of them, all of Israel, closely in our hearts.

We appreciate the White House’s condemnation of Hamas rocket fire and call on American leadership to continue their active engagement with Israeli and regional partners to calm tensions and ensure that Hamas is deterred from initiating future violence.

Finally, we recognize that images of violence in Jerusalem, especially during Yom Yerushalayim and Ramadan, are painful to Jews and Muslims. We pray for days when our holiest sites are known only for the peace that dwells in their midst.

Photo: A medic carries a wounded child from an apartment building in Ashkelon hit by a rocket fired from the Gaza Strip on May 11, 2021 (Flash90 via Times of Israel)

Tragedy in Israel and India - You Send Help Through Federation

It's been a painful week for news from overseas. We're still coming to grips with the disaster at a Lag 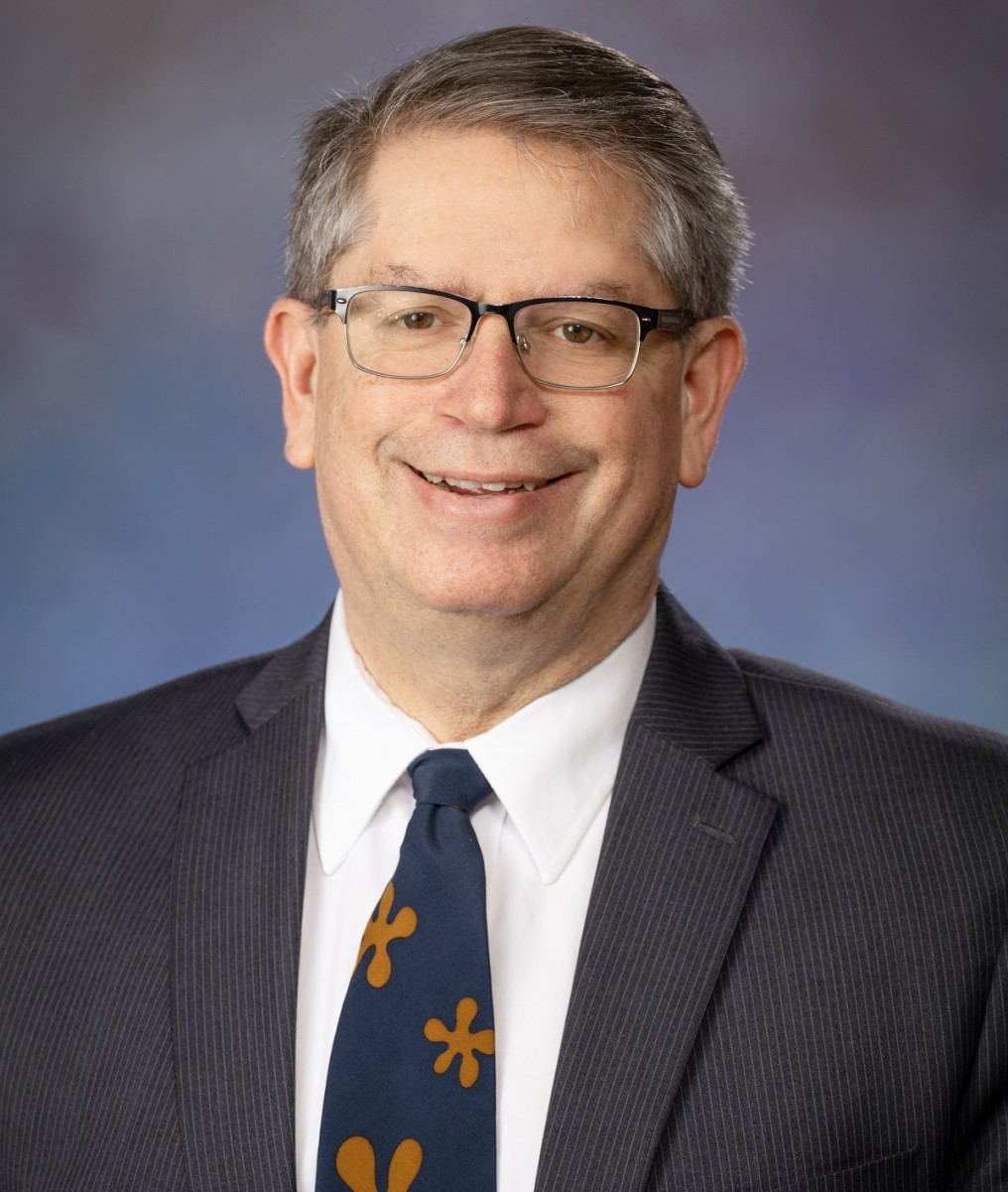 B'Omer celebration in Israel last night in which 45 people were crushed to death and 150 injured in Israel's worst peace-time tragedy. Officials say that there are still 40 people missing. Some of the victims are children.

Federation partners, The Jewish Agency for Israel and the American Jewish Joint Distribution Committee (JDC), are working closely with government agencies and social services to provide urgent assistance. Through Jewish Federations of North America, we remain in ongoing contact with them as well as with the Israel Trauma Coalition and will update you again if needed.

We wish refuah shleyma – a speedy recovery – to all who have been injured and send our deepest sympathy to those who have lost family members. May their memories be for a blessing.

We send the same wish to the people of India as we follow the anguishing news of the humanitarian crisis unfolding there. COVID-19 cases continue to skyrocket, overwhelming the health system. Yesterday alone, 380,000 new infections were reported. The sick are left without options due to a shortage of oxygen, medicines, hospital beds, protective equipment and vaccines.

JDC is launching a special initiative to deploy Israeli-made ventilators and other support to hospitals in Mumbai and Ahmedabad. This effort relies on the local infrastructure and partnership with the Indian Jewish community.

Our Jewish values call on us to help people of all backgrounds and faiths who are in need. Through our international partners, we are on the ground when disaster strikes, helping communities get back on their feet. You make this work possible through your support of the Federation Annual Campaign. Thank you.

In the words of the Mi Shebeirach - May the one who blessed our ancestors bless those in need of healing with refuah shleyma - a renewal of body and spirit.

The St. Paul Jewish Federation stands behind the statement of the Jewish Community Relations Council of Minnesota and the Dakotas (JCRC), the public affairs voice of the local Jewish community, issued last night. We mourn the death of Daunte Wright and call for accountability. 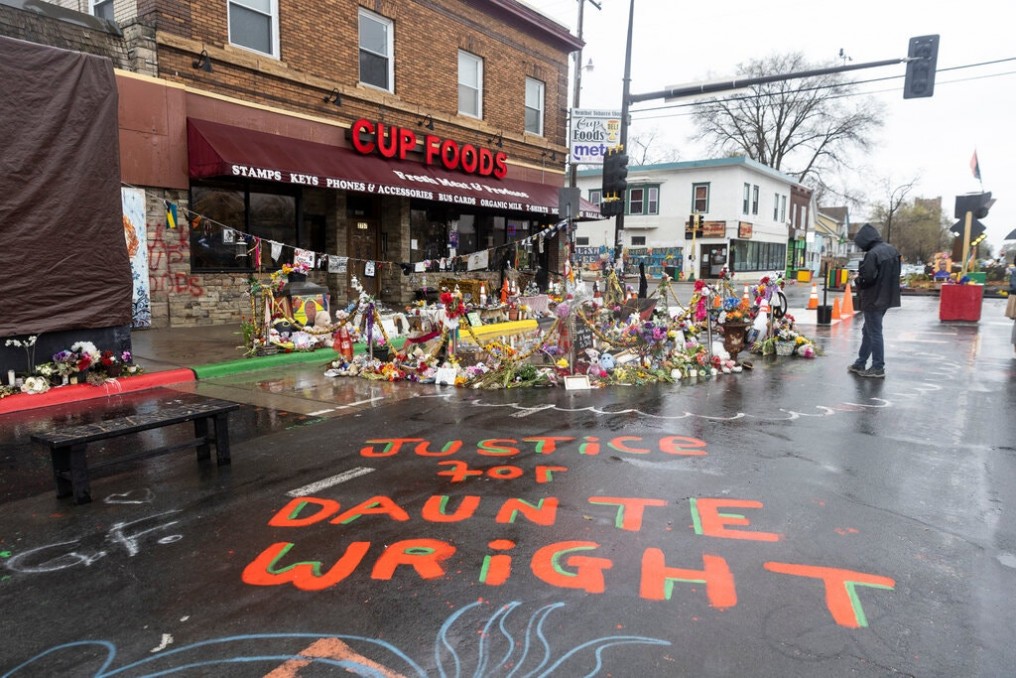 April 12, 2021
Minneapolis, MN – Steve Hunegs, executive director of the Jewish Community Relations Council of Minnesota and the Dakotas (JCRC), issued the following statement:
“We join Minnesotans grieving the death of Daunte Wright, yet another Black Minnesotan killed by police. Wright, a 20-year-old father, should still be alive today and the officer must be held accountable. We offer our deepest sympathies to the family of Daunte Wright during this unimaginable time. We offer our support to the broader African American community, including Black Jews and Jews of color.
“We echo St. Paul Mayor Melvin Carter who lamented earlier this afternoon ‘there’s probably no such thing as being made whole for what they lost, for who they lost, for the future they lost, for the future we all lost yesterday, for the potential we all lost yesterday. But if we’re going to do something and I would say, we have to do something, it’s committing ourselves to letting his name be the last one on our list.’
“Together with my friend Judge (Ret.) LaJune Lange, we ‘demand justice for Daunte Wright and call on policy makers at the local, state, and federal level to make police reform and accountability an immediate priority as part of the systemic change that needs to occur so Minnesotans, particularly Minnesotans of color, do not have to fear that they will be killed in a police encounter.’
“Wright’s killing by a Brooklyn Center police officer comes as community members are still grieving the death of George Floyd and are suffering immense stress and trauma during the murder trial of fired Minneapolis Police office Derek Chauvin.
“With regard to balancing peaceful protest and public safety, we appreciate remarks earlier today from Mayor Carter, Governor Tim Walz, Mayor Jacob Frey, and Commissioner John Harrington supporting passionate demonstrations and calls for change while making clear that chaos and destruction will not be tolerated.
“Finally, we note that tonight’s curfew in Hennepin, Ramsey, Anoka, and Dakota counties conflicts with the first night of Ramadan. We appreciate that an exemption for religious services was granted to enable our Muslim neighbors to observe this most sacred time as a community.”
Photo: “Justice for Daunte Wright” is written near the memorial for George Floyd outside Cup Foods in Minneapolis on Monday (Credit: Jenn Ackerman for The New York Times).
###
As the public affairs voice of the Jewish community, the JCRC fights antisemitism and prejudice, advocates for Israel, provides Holocaust education, promotes tolerance and social justice, and builds bridges across the Jewish and broader communities.

It Begins with a Conversation: Creating a Place of Belonging for Jews of Color

March 12, 2020: Letter from MRA, JCRC, and Federations Regarding COVID-19's Impact on the Jewish Community

February 21, 2020: Letter in Solidarity with Chinese-American and Chinese Community 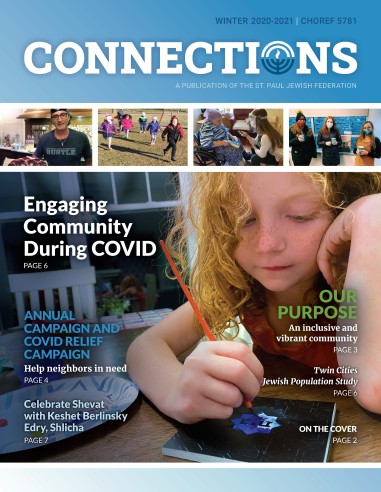 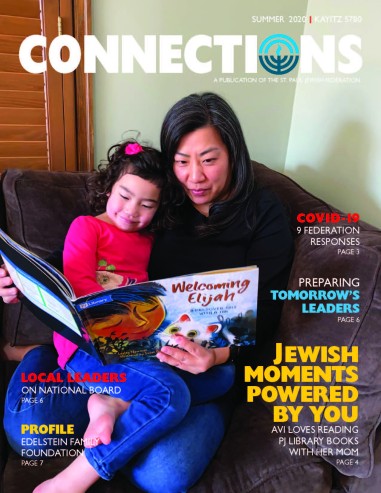 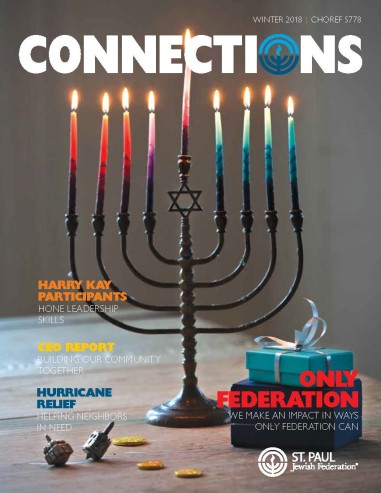 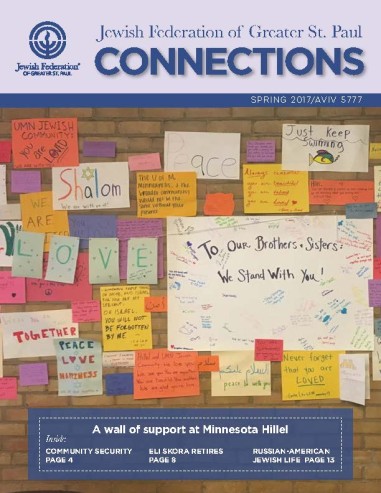 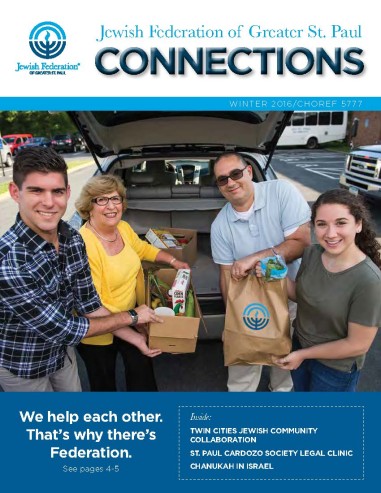 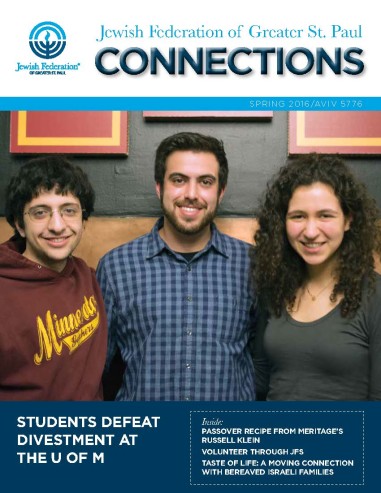 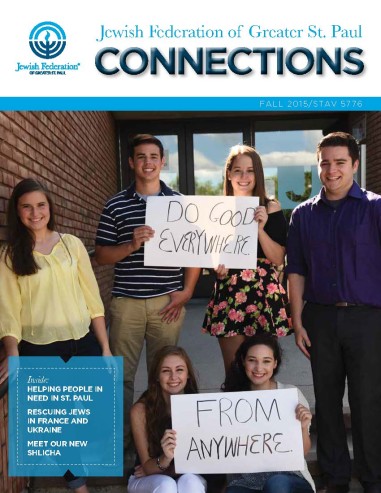